Gandia Blasco Cama Chill Flat. Clean and straight lines give the Cama Chill Flat Lounger an edge. Designed by Mario Ruiz for Gandia Blasco in Spain. This outdoor sun lounger has style, class and finesse. Made of powder coated aluminum and polyethylene. With cushions in thermosealed polyurethane foam and visco-elastic, removable cushion covers.The standard and most popular upholstery of the seat cushion is the white vinyl fabric as pictured. As an alternative, the seat cushion can be upholstered with a Crevin Duo, Sunbrella Sling or Solids fabric at an additional cost. 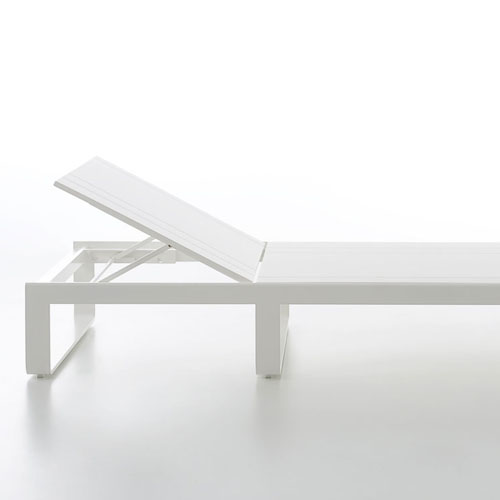 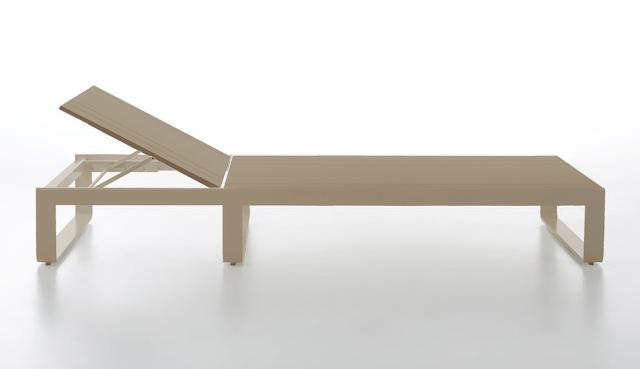 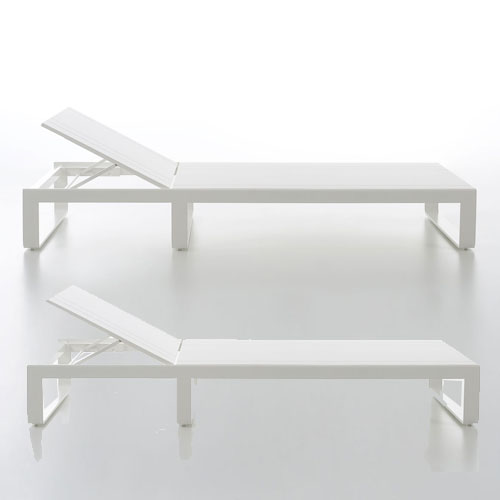