This product comes in different sizes, models and coverings, please specify with your order.

For more details please check the PDF below.

Born in Haarlem, Holland, in 1954. After a training in Holland and Switzerland, he studied architecture in England and later in Italy, where he graduated in 1982 at the University of Venice and he achieved a Master in Management at the Boston University. In 1983 he won a competition of the Minister of Public Education to attend the first Doctorate of Research and in 1987 he became â€œDoctor of Research in Architectural Compositione. Between 1983 and 2000 he taught Architectural Composition at the Architecture University in Venice, cooperating with Gino Valle and with Vittorio Gregotti. He also taught abroad in various Architecture Universities such as the Cooper Union in New York, the Ohio State University in Columbus, the Arizona State University in Tempe, the Syracuse University in Syracuse (New York) and the Polytechnic of Losanna, in Switzerland.

After several partnerships he opened his own studio in Milan in 1986 and in Varese in 1999. He executed projects in Italy, Holland, Belgium, Unites States, France, England and Russia, such as: Shadows Restaurant in Ithaca (New York), Pontili Riva Montecarlo, office areas and agencies for Alisarda Air Company, the corporate image for Meridiana Air Company and new agencies in Italy and abroad, the hotel Luna Lughente (Italy), the corporate image for the Society Aviation Services, a new hall for the Arrivals Area at the Airport of Cagliari, the new terminal at the Aeroport of Olbia Costa Smeralda, an industrial settlement for Shipyards in Arbatax, offices of Russian Standard in Moscow, an industrial settlement in St. Peterbourgh, offices for General Aviation at the Airport of Olbia Costa Smeralda.
Since 1992 he has been working in the design field.

Rossi di Albizzate - a passion founded in 1935. A continuous commitment that has transformed this company into a world-wide leader of style, quality and technological innovation for Interior Design. Architects that have created exclusive projects designed to last in time for Rossi di Albizzate compendium of creative shapes since 1935.

The history of Rossi di Albizzate reaches back to 1935, evolving step by step as the history of contemporary furnishing develops. It is a story of superiority, highlighted by new ideas and unusual creations produced by state of the art technology. Rossi di Albizzate is right at the beating heart of the international style and design. Constant technological renewal combined with a driving passion for experiment intermingle over seventy years of production, making the turning points in modern furnishing culture.

As early as 1964, Rossi di Albizzate was one of the first Italian manufacturers to install a Polyrethane Moulding Division whitin its own factory. The company also takes credit for reinventing the philosophy of padding; it developed the concept of modular furniture marking a historical moment in interior design. Over the same period, as of 1950, the specific policy to bring the most prestigious names in international design to work in association with Rossi di Albizzate transformed the company into a vortex of ferment, intuition, rigurous and calculated creative flair. Form was at the centre of the design tempest. Addapted in accordance with ergonomic demands; interpreting a contemporary lifestyle. Furnising assumed the deserved status of a key cultural reference point.

Their products are designed to last in time for both, public and residential areas. Rossi di Albizzate is distiguished by handcrafted-industrial phase production entirely exectued whitin its manufacturing establishment upon specific client commission utilising material of Italian origin based on models designed by international architects. 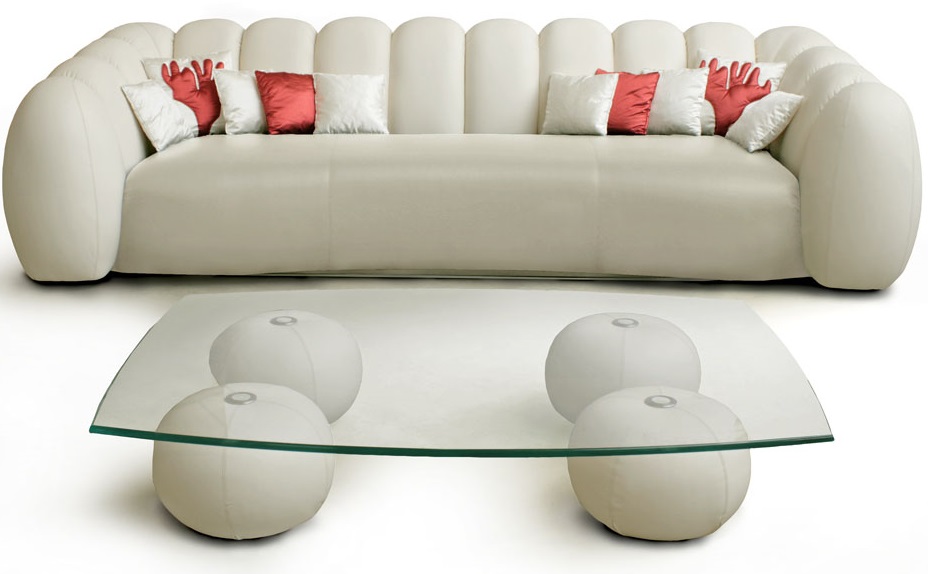 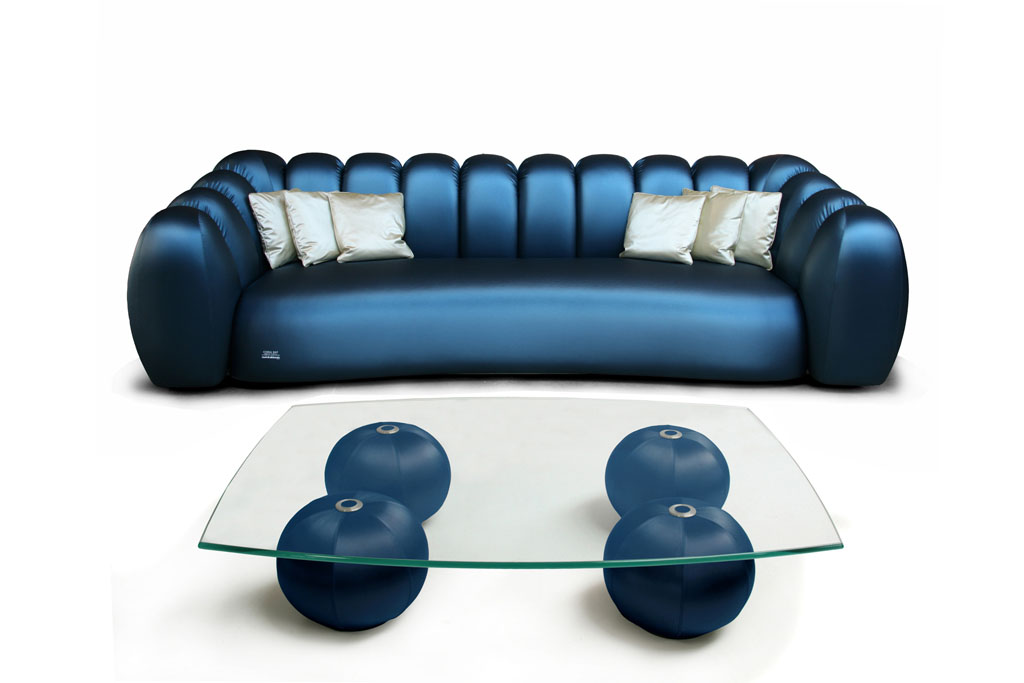 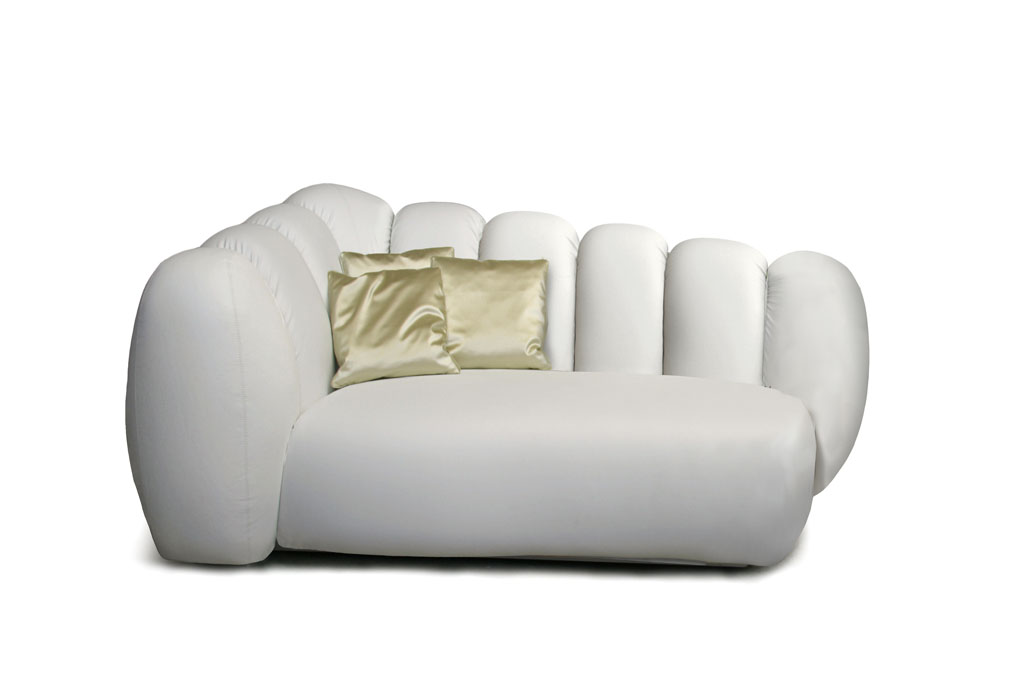 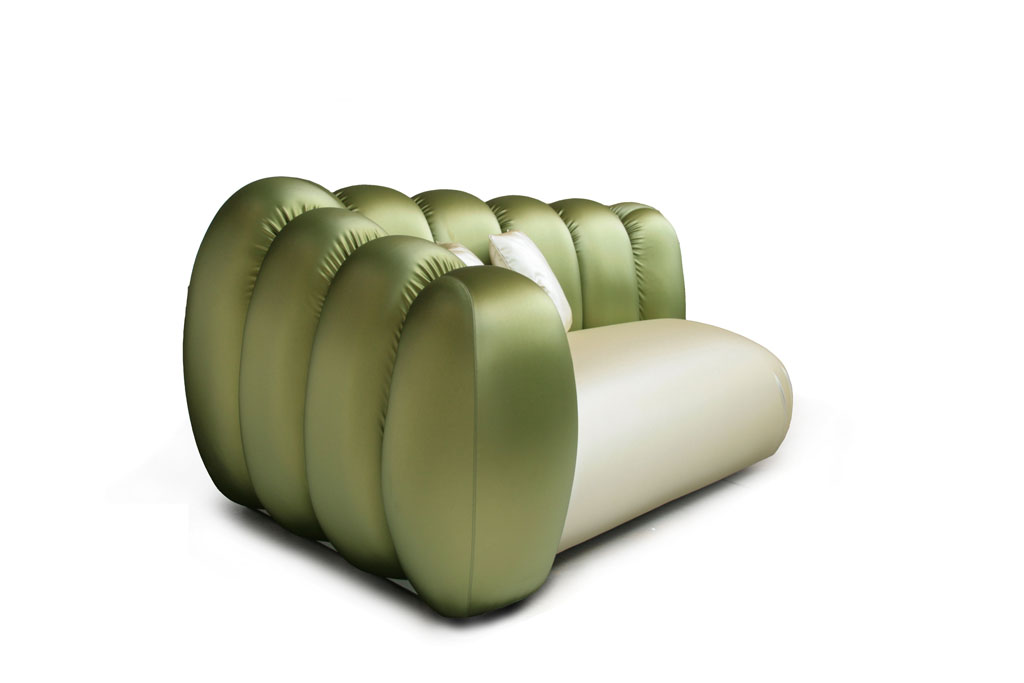 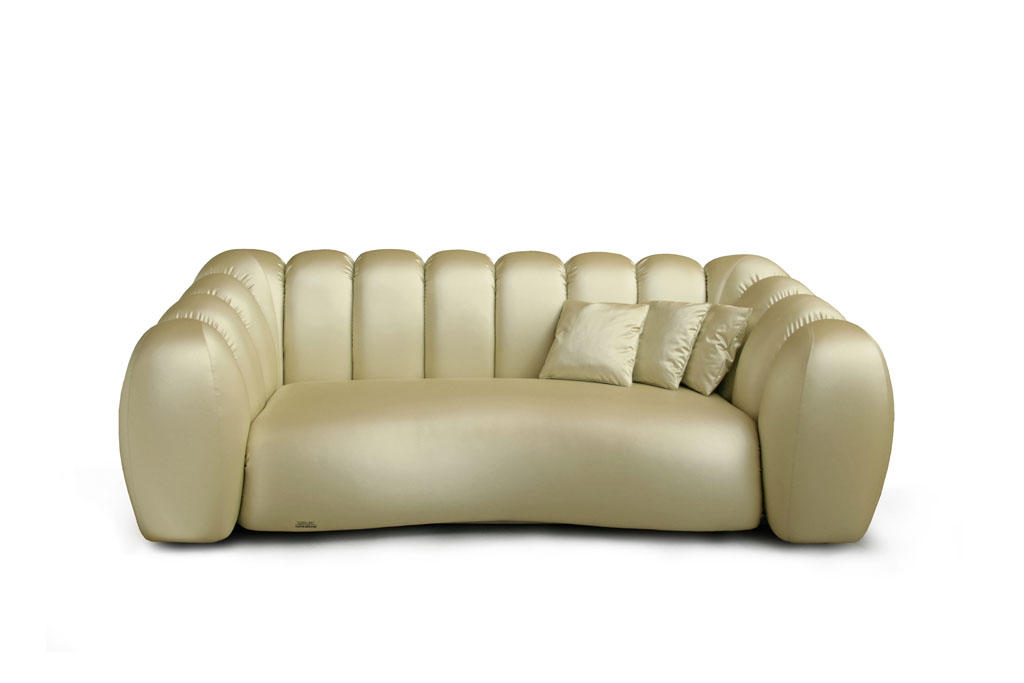 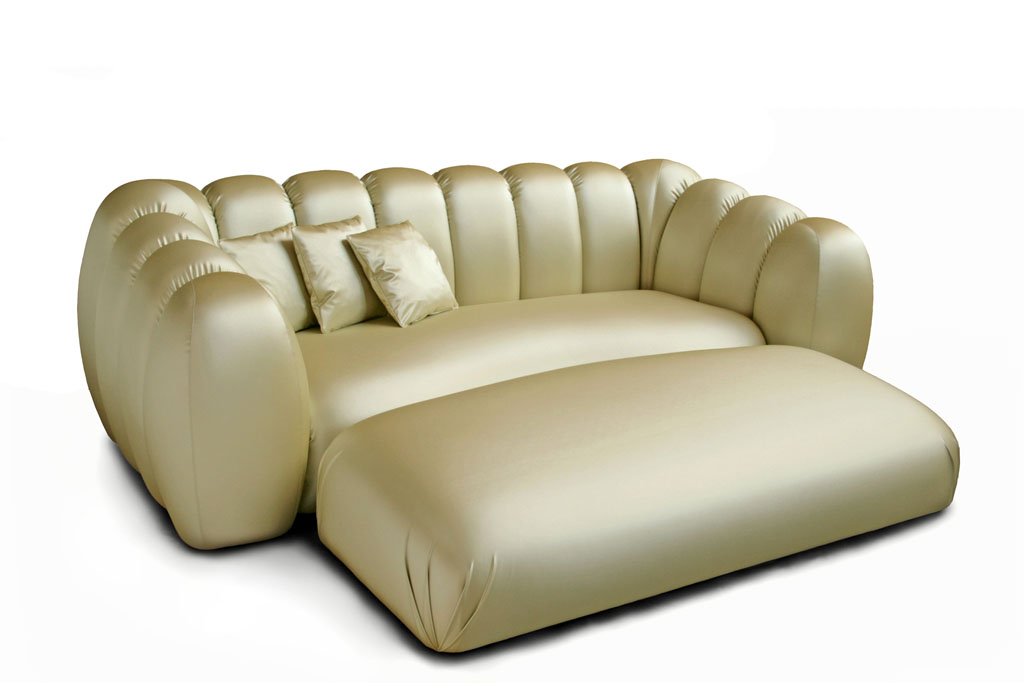 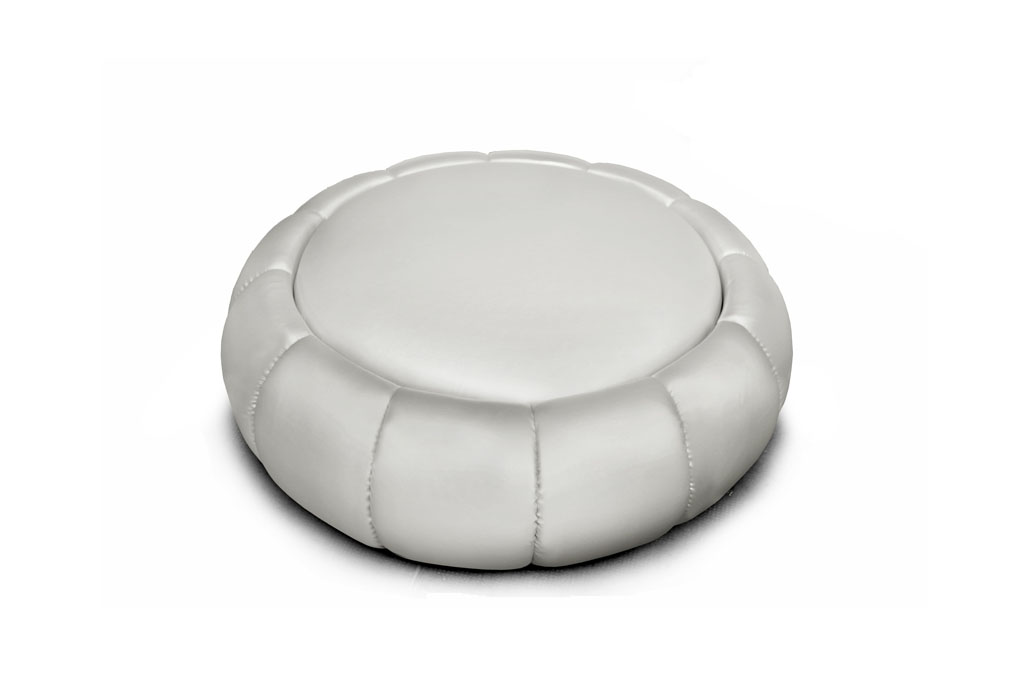 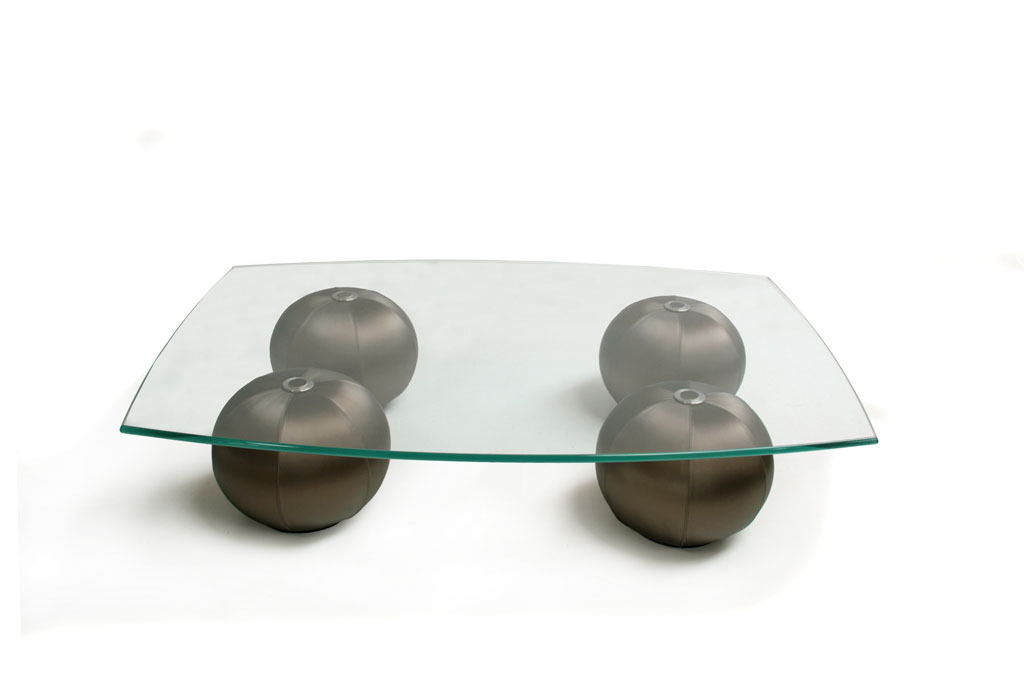