Jian collection of outdoor furniture inspired by the essence of Chinese spaces, the traditional courtyard houses that characterize Chinese architecture. Jian Pouf is one unique outdoor furniture which gives color to any backyard by its own "in-between" concept. Neri&Hu created this amazing concept for GANDIABLASCO. It includes different types of furniture for creating the Jian space you desire, a haven from everyday stress that you can enjoy year-round on small terraces or large Contract installations. The JIAN Pouf is a designer pouf with thermo-lacquered aluminium profiles in white, bronze, sand and anthracite. It has polyurethane foam rubber cushions upholstered with removable, water-repellent fabric covers that come in different colours and finishes.The JIAN outdoor pouf is an exclusive design by Neri&Hu for GANDIABLASCO.

More about the product at Technical Info. 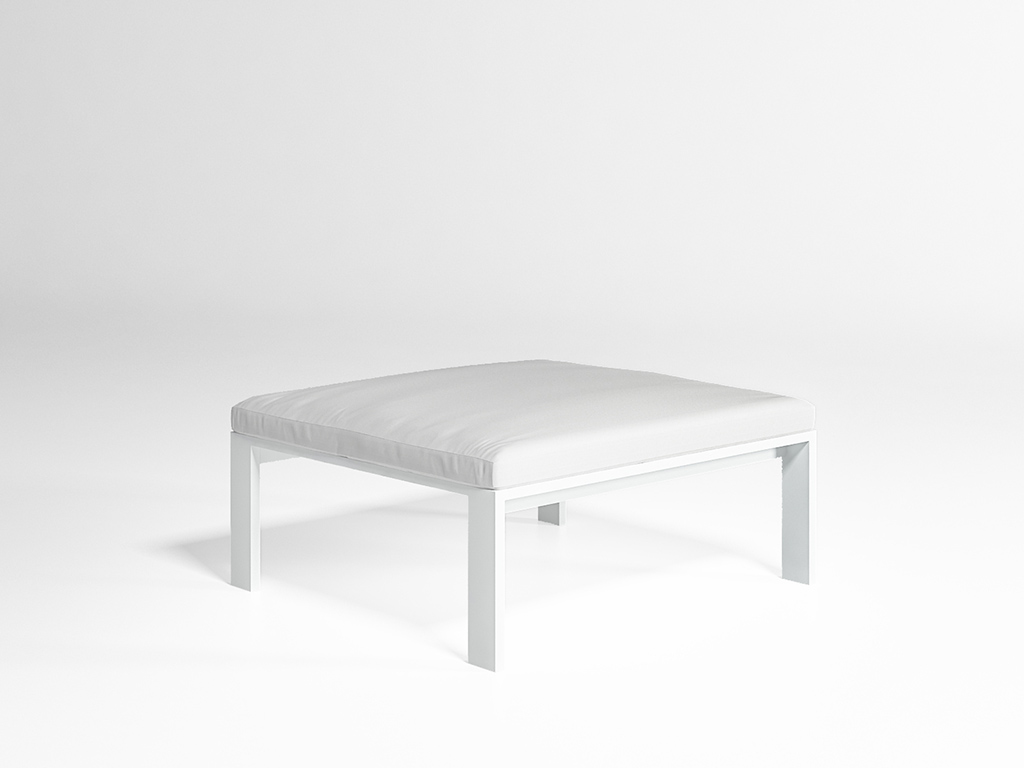 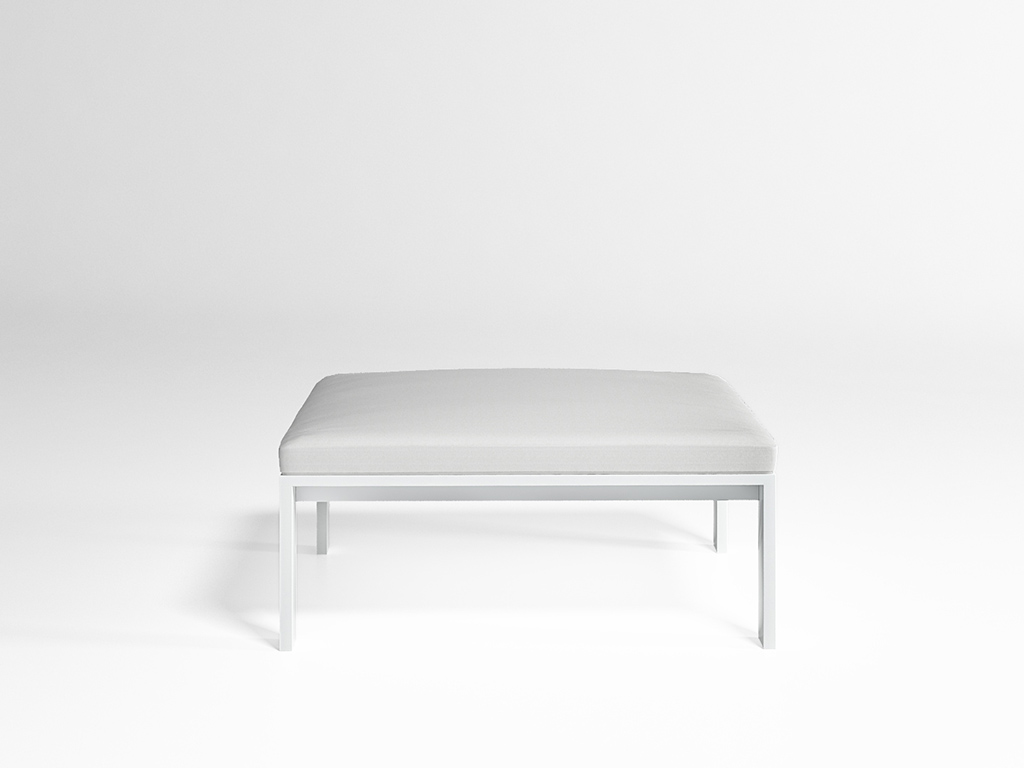 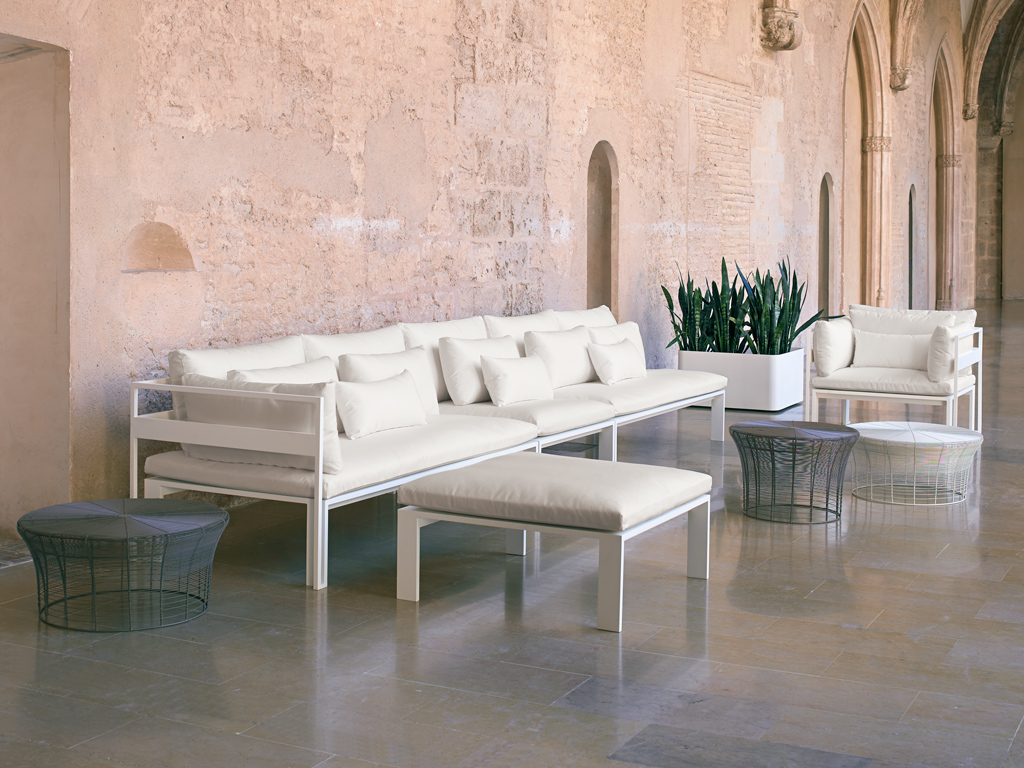 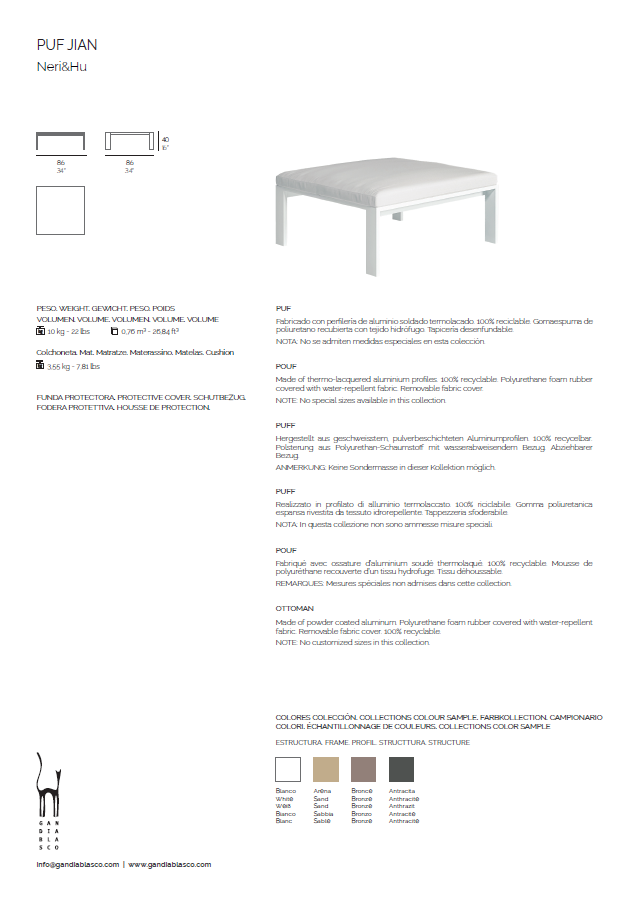 “When the brand contacted us, we were interested in exploring the relationship between outdoor furniture and interior spaces, between buildings and landscape.

At that time we were also working on an exhibition in Hong Kong where we were exploring the idea of ​​JIAN, a Chinese character that is very deep yet simple and ordinary at the same time.

It when then that we thought it would be a perfect opportunity to explore all those questions that interested us at the same time, creating the collection called JIAN.”