This is a listing for the Mangas Puf or Ottoman Globo MP2. The latest addition to the Mangas family are the Mangas Puffs or Ottomans by Gandia Blasco. These fabulous modern puffs were designed by Patricia Urquiola for Gandia Blasco in Valencia Spain. 'Mangas' (English translation is Sleeves) is based on a patchwork of different wool knits, to create a collection of various typologies with different shapes. The result is a series of three very special knitted exterior with 30 kg foam rubber filling puff or ottomans, full of nuances, due to their variety of textures and colors.

These irresistible modern ottoman or poufs playfully combine texture, shape, colors and shades. They add color and texture to a room. 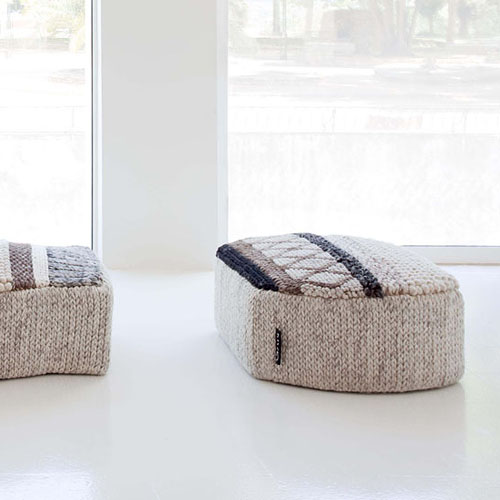 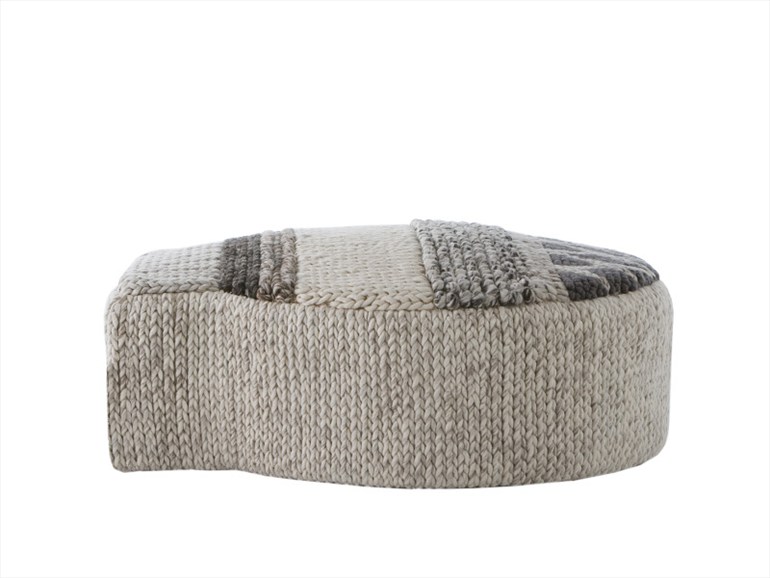 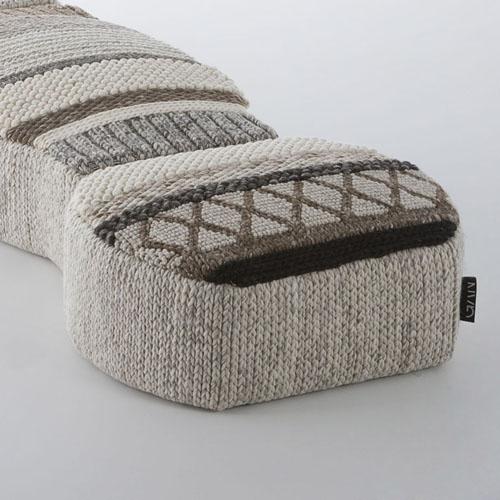 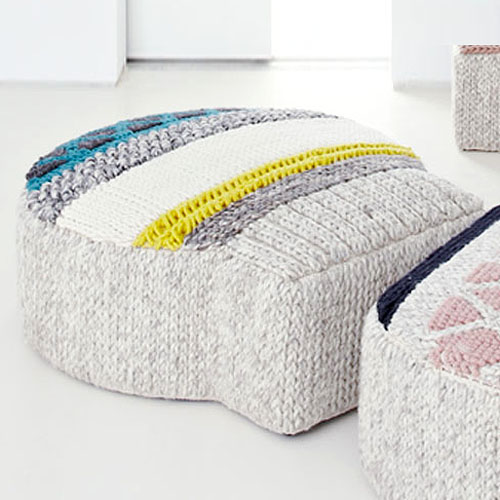