Glass mosaic of square and bevelled tesserae, facial dimensions 10 x 10 mm, with a thickness of 4 mm. It is paper face mounted with a joint of 0,76 mm. Overall sheet dimensions 322 x 322 mm. 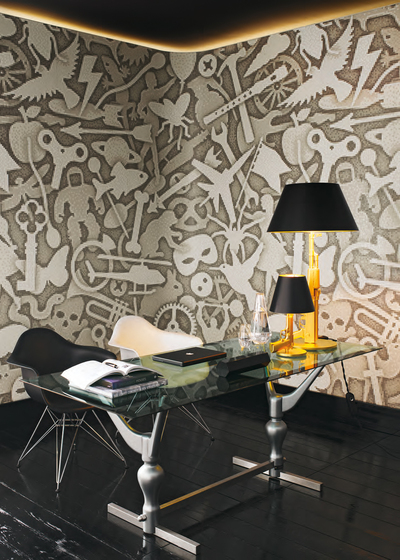